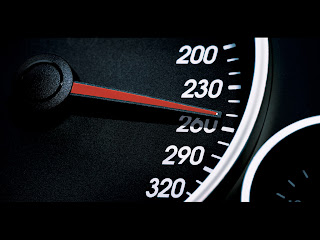 I have always been a very passionate driver all my life. My interest in cars started quite early on, and I was 12 years old when I drove a car for the first time and never stopped after that. Hailing from a family where there has been an excellent drivers be it my dad or my mamaji both have been an excellent drivers. I have followed their legacy and have been always willing to drive at any opportunity possible. So over the years my total driving experience would be over 200,000 Kms. I used to be a very reckless driver early in my life, and then gradually I matured to be a very safe driver. I have become generally very cool minded and precise on the road taking only calculated risk and accounting for errors on road. So tonight I was heading back from the office and I had promised a friend to meet her at a given time. Now as you would already know that I hate being late, so I sped up as soon as I gate of the office. There was a guy, in a black Alto and I sped across him and moved quickly. I took the first turn on the highway and suddenly I saw in my rear view mirror he was very close to me. Within two seconds he carefully slid to my right covered my movement space and sped across ahead of me, forcing me to slow down. And my instant reaction was, that was clean. Suddenly, I felt adrenalin rushing though my head, this generally doesn’t happens to me that I get in road brawls either physically or with machines. But I guess today was a different day, this was a different guy. Something similar to me, as I was 8 years ago. I sit erect and got involved in a street brawl. He was driving with awesome dexterity and I actually was behind him quite some time where we actually got ahead of each other quite some time. Then as soon as we were crossing the Highway I got a small space and I sped past him and took a lead. He also sped back and was soon tackling just at the tail of my car. Then I swevered left getting non driving side of my car on the raw ground and the driving side of my car on road. I overtook the a long lines of cars from the left. Speeding across through the rough ground. He also followed suit and was behind me, then he came forward and was overtaking from the right. There was a divider ahead and I didn’t moved to give him space and Finally sped past him when my exit came into the colony. This was the end of an awesome ride, and I had a smile on my face when it ended. The smile was not because I actually won it, or I managed to stay ahead a lot of time. The smile was because I was 19 again, I still had the fire and insanity to cross the line, I still had it in me to be 19. I so much wanted to step out of my car, and thank him for giving me an awesome 25 minutes of adrenalin rush, giving me 25 minutes of my teenage years back. Given the fact, I have moved away to be a professional, a person who is practical, who looks for a reason to do everything, who tries and drive as safely as possible. For a person like this it was so much fun to be 19 again. So my friend who works in my company, has a black Alto with an MH number in ET series you are awesome driver and you gave me some awesome moments of my life. Thanks a lot.