THE LAW of DUALITY

The outstretched fields and the high rise urban building. Vast stretches desert and the deep blue oceans. The two poles of the earth, the elliptical shape and the elliptical orbit of the earth. As a matter of fact this is a strange fact that almost everything that exists in this world has a dual, a symmetric counter part. The first time when I came across this fundamental law knowingly was years back. When I learned about the roots of quadratic equations which are the dual of each other but now I realize almost everything I have learned till now functions according to the law of duality, for a positive number there exist its dual negative number. For every operation which can be applied from as basic as addition an 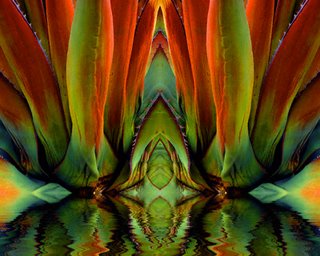 operation called subtraction exists as a dual and even for the complex operations like Integrals there exist there dual in differentials. Somehow there is an uncanny symmetry along every existing thing on earth. Even our bodies are symmetric around the vertical axis passing through the centre. This presence of symmetry around this world sometimes makes me feel strange excitement. One day when I was wondering about this law of duality and its scope I tend to realize that this law of symmetry is not only applicable to quantitave domains like mathematics and physics but also to the subjects as qualitative as social existence of human beings. There is an amazing amount of symmetry in our own social lives and most of our culture and religion are evolved in such a way that they uphold the law of duality. The basis of human existence comes through symmetry through a male and a female. Then the man’s entire life in a normal case is also symmetric, his childhood and old age are duals where he requires care of others but still at one stage he learns and gains experience on the other hand he let other people gain from his experience. Similarly at the youth and adulthood are duals where one is independent but duals in youth where a person has lots of energy and less of practicality on the other hand has low energy but lots of experience. All the social interactions on this planet follow the law of duality.

The law of duality also enlightens the fact that when the two duals interact it leads to a generation of a new world or it encompasses the existing world. If we look at the examples we will find the two poles have in between the whole earth, the elliptical orbit generate seasons (they are also in dual). A male and female interaction produces child (though man has developed ways to interrupt or suspend the process but by default the law of duality holds). So we can see that law of duality is something which spans across almost anything and everything in this universe.

One more topic which I strongly believe is also considerably governed by the law of duality is what we call as love. If we see love as a process then it is nothing but an interaction of two duals, two people who are similar and yet very much different from each other, people who are same in some ways yet opposites of each other. Some facts which support the observation are, firstly there is no person in this world with whom everyone can fall in love, and thus it points to the fact that love is not a phenomenon which can exist between any two people given a set of considerations. The people ought to be duals of each other for the process to trigger. Now another thing that the intensity of love is also dependent across the extent of duality among the partners. The law of duality also suggests to the fact that lovers are generally involved in their own world and limit themselves to themselves, which also confirms to the law of duality that their interaction should generate a new entity or should encompass the existence set. Though there are exceptions due to the extents of duality in the social scenarios being immeasurable and qualitative, but still on the holistic picture we can very well see the Law of duality holding true.

6 comments on “THE LAW of DUALITY”