Nostalgia: Preeti & Me after 8 Years.

It was after 8 years 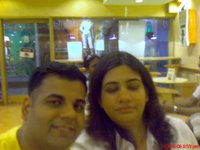 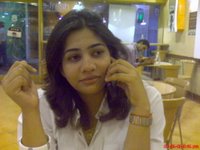 I was going to see her. Time is a great change agent. Has she changed a lot? Will she be the same spoilt kid, as she used to be back in year 1993? 13 years have passed since I have known her. A lot of things have changed since then, Even I have changed, Now I am more than a foot taller than I used to be then. I entered the lobby of the huge multiplex, suddenly my phone rang and she had already reached and was waiting for me. I entered the Barista, and looked for a female sitting alone, there was only one, someone in white shirt. I went ahead trying to guess if it would be Preeti, and she was. She had changed a lot but still there were streaks of resemblance, with Preeti I knew when we were in Class Vth. Sitting across her on the table after 8 long years was an amazing experience. The last time I sat beside her was perhaps in 8-9 years back, when we sat together as seat partners. Long time, the ironies of time are strange, situations occur and then reoccur in different settings leaving you puzzled, but what doesn’t fades in the Nostalgia and the feeling of Deja Vu
which leaves one question in your mind- Is it one of the days when i was in studying in class fifth?????