Kabir: Words of Wisdom- Part- I 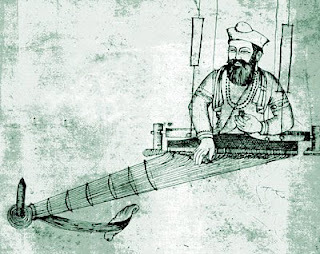 I have been reading a lot on Kabir lately. Kabir is one of my favorite thinkers and philosophers, he is one of the most underrated philosophers globally and I fail to understand why. The amazing part about Kabir is, that he managed to communicate all his wisdom through couplets (I mean if he would be alive these days he would be the best twitter, communicating amazing philosophy in lesser characters) I would illustrate some of the couplets for Kabir and my understanding of those, and people who read this blog, would like to know their understanding of the couplets-
Kabir on Temptation-

Meaning- Kabir says, even for those who have attained a complete control of their senses and have killed the desires in the mind or brain (I don’t know what would be the exact word for Man). Even them, they should be very careful when getting exposure to wealth and woman. Because these two are the greatest temptations for man and they lead him to his downfall.

Meaning- The fallacy of humans, they are not even aware of what happens to them in next 100th of a second, but still they keep planning for tomorrow. Kabir says that they would not even know that tomorrow the Eagle, the metaphorical death, is going to grab the bird, the metaphorical human life. So Kabir makes a point that one should not waste too much of time and efforts on planning for tomorrow and ignoring present.

Meaning- When Kabir sees the traditional Indian flour mill which has two stones revolving over each other and crushing everything in between. Same is the fate of human life, irrespective of rich, poor, achievers, failures, weak strong eventually will get grounded by the grinding stones of death and would eventually meet the same fate.

Meaning- There is no wealth greater than words, only few can understand its value. You can get a diamond for a price, but words of wisdom, love, care and understanding are simply pricess.

So people I leave you here with this food for thought. May be will come back and do an extension of this again.